The art of game capture: my 'Let's Play', four years in the making

Since I discovered this form of media existed, I have slowly cultivated the idea to produce something to call my own.

I believe it was around 2013 that I stumbled upon the world of Let's Plays. Although they've likely been around since the availability of capture technology, it really seemed like 2013 was the year that it was becoming mainstream. It was the first time that it garnered my interest.

Sure, YouTube celebrities like PewDiePie and Markiplier were at the forefront of the Let's Play movement, but it was a growing company known as Achievement Hunter that introduced me to Let's Play.

I remember stumbling upon my first Let's Play video. Two men were operating the stiff hands of a ridiculous game called Surgeon Simulator while commentating on their flubs as they attempted do heart surgery. It was absolutely hilarious. Since then, I've been following the Achievement Hunter troupe and taking notes on the technology that they use to create these wonderful videos.
Now, I have no intention of ever making a career out of this. I simply wanted to do this because it combined many aspects of my passions in digital media. Video games? Check. Recording? Yeah. Video editing? Yup. The creative development process behind producing a video? Many of the elements are there. From that point on, I was sold on the idea of creating my own Let's Play channel.

But then life happened. In 2014 and 2015, I was moving around a lot in a whirlwind of work and living. I was also more heavily involved in the filmmaking community, meaning that I had to put this project on the back burner. I hate when I'm forced to do that, but there is only so much time in the day. 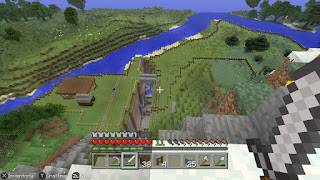 Around late 2014, I recorded my first Let's Play test run with my now ex-girlfriend. We played together in a world that we created in Minecraft. It was my first taste on how difficult this process could be. Tensions were high as technology was failing. It was definitely not a success. So, I decided to, once again, put the project on the back burner.

Then more moving happened and more fell on my lap, consuming all my spare time. It was 2016 and I was living in a tiny apartment in Pittsburgh. My budget was tighter than usual, but my passions remained the same. My friend came to me with the idea to start a podcast, being one that never shies away from new opportunity, I agreed to work on back-end of the podcast, handling the hardware and software that would record, edit, and release episodes of the podcast. 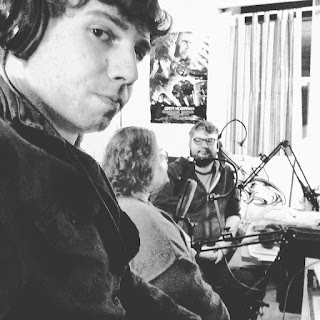 I found that my aspects of the process could be incorporated into recording for a Let's Play. Once ,
again, I felt the urge to make a Let's Play. This time, I used the knowledge I had gained from recording a podcast.

I started with something simple. I tried capturing a mobile game off of my phone using software that was already built into into my PC. It's a very simple setup for capturing. At that time, the Miitomo app by Nintendo had just released. This hybrid game/social app was perfect for my experiment. I event tried adding a facecam (webcam recording me while I capture my audio and the screen). The results were satisfying.

Unfortunately, I had to shelve my second attempt before I even got around to editing it. This time, it was for more personal reasons. Life really has a way of throwing some curveballs.
Halfway through 2017, life was finally settling down. Again, I wanted to scratch that itch of recording a Let's Play. On a late Saturday evening, I sat down at my desk and booted up the game 20XX on my PC. Without any script or guidelines, I recorded a playthrough.

I was highly satisfied with the results, though pretty amateurish by nature. My next step was to work on the back end and prepare all of the resources necessary to edit and publish my video. After a lengthy process of trial-and-error, software testing, and workflow testing, I was satisfied with my results.

Here is the final product:


Thanks so much for taking the time to read this and thanks again if you gave the video a watch. There's still a lot to improve on. My philosophy has always been that everything has room for improvement. Feel free to pass along any of your own input. I love constructive criticism.

Until the next time.

Cheers!
Steven
Posted by secroner at 3:55 PM No comments:

Today, I'm doing something a little different. I'm creating a guide that is not only something I wanted to share with you, but also as something that I can reference myself.

I've been an Adobe user since I began working with their software back in college. When I began photography as a hobby, I started with the basics in Photoshop and Illustrator. Through that, I was introduced to many of their related programs.

From a video editing perspective, I was "classically trained" in Final Cut Pro. This was when the software was a fantastic and powerful editing too. Not the stripped down Final Cut Pro X that was released a few years later. 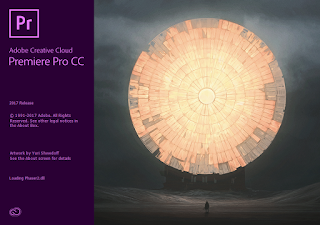 However, when I was working from my dorm, I had no access to Final Cut. My solution was to test out the alternatives. I found Adobe Premiere Pro to be a very effective editing tool for the jobs that I needed done.

After graduation, Premiere Pro became my primary tool for video editing. It wasn't until I started diving deeper into local video projects that I was able to heavily utilize this tool. Unfortunately, there came a time that I had to step away from post-production.

Which brings me to my point. When I haven't used certain software in a while, I tend to just forget all of the shortcuts and tricks that make my job a little easier. I've decided to go back and refresh myself on some of the basic shortcuts, not only for me but also for any new or amnesic users.

Let's start with the basics. I'm sure I'll touch base on some more advanced techniques in the future. For now, let's look at the simplest commands and organizational methods associated with assembling video clips in Premiere Pro.

For any project that requires organizing a variety of clips into a coherent story (through the power of editing), it might be beneficial to separate those clips into a storyboard WITHIN Premiere Pro.

How? Basically, if you look on the bottom left of your screen, you'll see all the clips for your session. There is also the option to create Bins (Folders) for your clips in order to better organize them.

Editing clips in the Source Monitor

In terms of organization and pre-Timeline actions, I just wanted to provide a quick rundown on some of the commands available for editing in the Source Monitor. These are the ones that I discovered to help with my efficiency.


With these tools, you can make selections from the Source Monitor. These selections can help to trim down a particular clip without any editing in the Timeline.

These buttons associated with the shortcuts are available right below the Source Monitor. 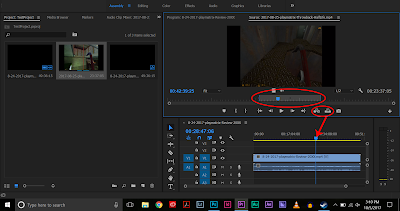 And in case you couldn't tell from the previous screenshot, there are various ways to assemble your workspace. If you happen to be working on a small display and can't quite cram the Source Monitor in with the Program Monitor, there is also a very nifty Assembly tab at the top, which will toggle the layout to only display the Assembly monitor, freeing up some space for any preliminary clip management and trimming before jumping into the Timeline.

So, those are just a few items I learned with clip and time management in Adobe Premiere Pro. Of course, some of these could also apply to any nonlinear editing tools, so hopefully this information can be a learning experience for all just jumping into editing or needing some productivity tips.

As I learn (or relearn) more, I'm hoping to return with some more items in the future. Thanks you for stopping by!

Cheers!
Steven
Posted by secroner at 8:53 AM No comments: