Escape to the City: Part 1 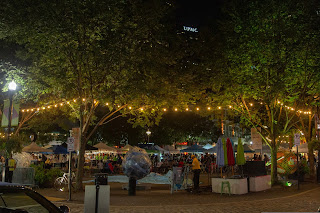 I believe I mentioned before that I made it my goal this year to try my hand at a little street photography in my spare time. Well, that's exactly what I've been working on here and there. My first round of photos are still in the final stages of being edited, which will hopefully soon go up on my website, along with some updates to the format of my photography portfolio, which is much needed.

I took to the streets as an exercise to clear my mind and some toxicity that I had been feeling. Just doing a little sightseeing can really do some good when you are in a bad place. There's something about the downtown when the sun goes down and the artificial lighting everywhere bursts into a character of color and expression. 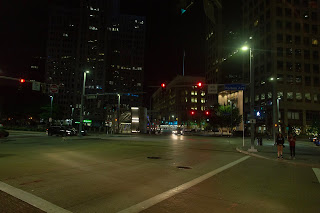 Observing the lighted paths, ambient noises, night crowds, lingering traffic...something about it stimulates me. Through a camera lens, a new life is formed and observed in ways that a naked eye could not perceive and the unassisted mind could not comprehend.

I didn't really have any particular pattern or technique as to how I was shooting the buildings or streets around the city. I simply walked a predetermined path downtown and found what looked visually appealing. 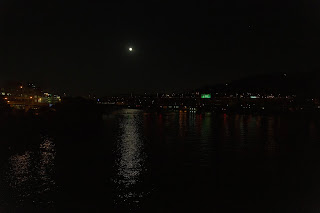 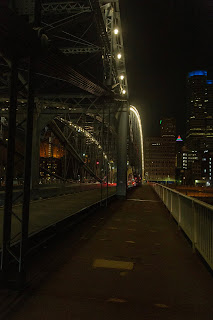 It cannot, in any part, be staged. Otherwise, it is no longer something that is candid by nature. Everything is real. These are pictures that capture a reality in its rawest form. With that, there is a sense that we could see the best and the worst in humanity in just one instance. You've those images that capture significant moments in our history, such as The Burning Monk, by Malcolm Browne. How does that make you feel? That moment happened. That man was burning alive. He died in that very spot. This is the raw energy that can be felt in the unstaged moments of candid photography.

Granted, anything that I captured isn't nearly as dramatic, but that example was used to drive home

the idea of the possibilities of street photography.

I hope to continue this adventure through the seasons this year. If you like what you see, let me know. If you don't, tell me how I can make it better.

More selections from the streets can be found in my updated gallery:
https://www.secroner.com/-street-photography

Until the next excursion. 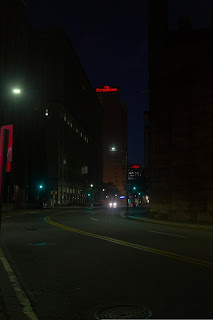