Flickr is dead to me. No, really. As of this year, I cancelled my Flickr Pro service and began migrating everything off of the platform.

This is the end of an era, as I've been using Flickr since I purchased my my Canon T2i back in 2010.

While the service has definitely served its purpose, I am trying my best to unify the tools and resources that I use as a creative. So begins the migration to another platform. While it is definitely going to be a bit of a difficult process, I have pulled all of the images from my Flickr account and plan to dump them onto my personal website.

Now, you might be thinking, "why didn't you back up all of your raw images on on a hard drive?" Well, I tried. And then I moved. Several times. And packed my things. Which got separated. Several times. And files kept shifting around. And computers got updated. And hard drives crashed (that was a nightmare). So, I basically could spend some time to gather together the files I want from various locations, or I could just download them in bulk off of Flickr and be done with it. I chose option B. If I ever need the original quality images, then...I'll cross that bridge when I get there.

Anyway, Flickr is not what I remember it used to be. It forced me into a paid plan, then gave free accounts the same perks to entice newer users, so then I stopped paying for it. By that time, I realized that I had better resources at hand. Google slowly became the place where I kept a majority of my images, and that's not even counting professional photography. Plus, I had the option to make any albums public, essentially making it another photo portfolio. And now, I have my personal website, where I in the early stages of creating my own photo portfolio (web design is love/hate for me). So, I'm dropping Flickr. And taking my pictures with me.

It took some digging to discover how the process of exporting photos is handled on Flickr. I found the option to export my albums under the Camera Roll tab.

Under that tab, it gives you the option to select each album in your account, and with that, the ability to download those albums, each into a designated ZIP file.

In hindsight, Flickr does give you some analytics to monitor, if you're into that thing. Numbers aren't really that important to me. At least not now.

The next step for me will be to get everything dumped onto Google Photos and my personal website. The website is a constant work-in-progress, so that will also give me the opportunity to update some things.

Oh hey, is that my film reel on the front page that I haven't update in probably three years? Maybe that will be my next project. I will definitely have more to come on the management of portfolio items. 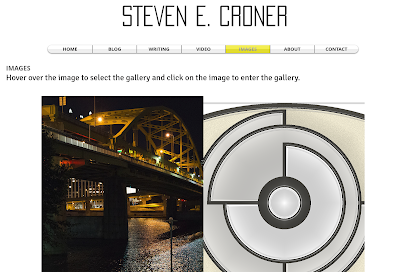